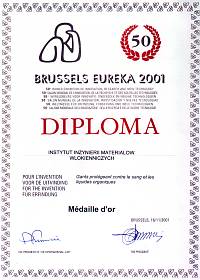 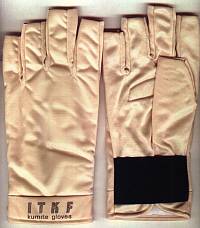 The gloves were exhibited by the Institute of Textile Materials Engineering from Lodz (Poland) which, in co-operation with Traditional Karate Federation of Poland made the product.

The gloves are made of specially designed material which prevents the surface damages of the outer skin as well as the contact of microorganisms present in blood and other constitutional liquids of an opponent with the skin of an athlete. Besides the construction of the gloves make them very comfortable in use.

The sample of the gloves is protected in the Patent Office of the Republic of Poland (no P 343577).